Midway for July's challenge: Go Native with a twist to make a square card

Hello Peeps!
Well, last post I talked about the wild weather coming our way, and the threat of snow to sea level

We got snow, yes,but only to about 200 metres, so no snow at my place. It was very Scottish sort of weather - misty and cold - and occasional glimpses of snow through the swirling fog as the wind gusts got a bit blustery.

Very blustery at times - up to 130 mph here, but we are thankfully tucked inside a bay and unless it is almost directly westerly - or slightly nor'westerly - we don't get too much. The rest of the state was NOT tucked into shelter so there were thousands without power and many whose roof and other things blew away! A bit wild, cold and nasty but settled now - you could tell it was going to be ugly as the isobars were squeezed so close together and it was all sweeping up at us from Antartica. The the snow melted - and you guessed it, we had rivers flooding again - this time the worst was in Huonville, a small town on the Huon River.

But it was not all bad - snow often means lovely photo's so here is one from the north of the state, taken on a mountain called Ben Lomand (yes, we have a lot of English sounding names here). There is a small skiing resort on the top, and a very challenging road - called by the locals Jacob's Ladder......

It is a bit scary going up - and they tell me the road is much better than the last time I ventured there. I have walked it, carrying ski's over my shoulder, as well as my pack, but I was much MUCH younger then. This is looking north-west, into the sunset

Thanks to Dale Mawby for the pic

On to the current challenge:

TWIST "It's hip to be square"

So, anything that represents what it is to be a native of your country - sport, cultural, spiritual, political, past or present, floral or animal...........

Come on - the Olympic Games are about to start - you can make something patriotic!

The twist is to make a square card! 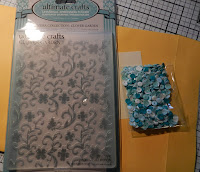 The prize on offer - Embossing folder plus sequins

Yes, we have some more inspiration for you to look at and admire!!!

This time Vicki is using the colours Red, White and Blue from our Australian flag
CG made a card inspired by some the icons of her adopted home, Baltimore, Maryland, USA. 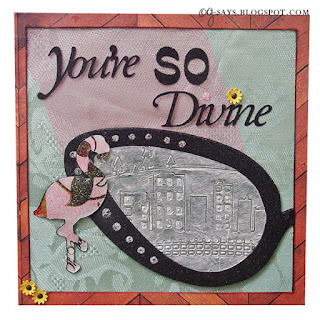 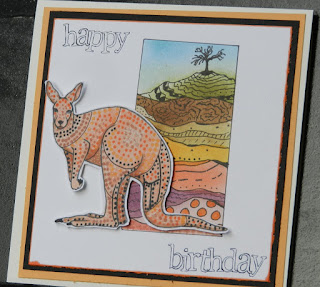 So, if you are inspired you need to add your work

by scrolling down to the linky
Posted by Susan Hogan at 02:00